Home > Other Problems > What Are Shakes? 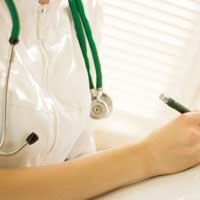 Uncontrollable shakes and tremors are not only embarrassing in social situations. In the most extreme cases shakes can have an extremely debilitating effect on lifestyle. Simple everyday tasks such as pouring a cup of tea can become impossible.

What are Shakes or Tremors?

A shake or a tremor can be described as any involuntary out of the ordinary movement of the body usually due to some kind of neurological dysfunction. The most common shakes of this kind are the tremors typically associated with Parkinson’s Disease. The shakes like those that occur from Parkinson’s disease are what are referred to as at rest tremors because they come on for no apparent reason, and not as the result of any specific movement or stimulation. Other types of shakes are called positional or postural tremors. These are the kinds of shakes that occur during a movement of a body part, like when an arm is over stressed from weightlifting and begins to shake, or any body part shakes or quivers in response to certain stimuli, such as fear or cold.

However most uncontrollable shakes are the result of some kind of neurological, not physical problem. There are well over 20 different types of shakes caused by neurological or nervous disorders. Only a neurologist can properly identify which type you may have, and recommend an apropos treatment plan. Neurological shakes are broken down into several categories including:

Essential Tremor – Is the shaking of the hands and/or head, that is most often associated with old age. It is a condition whose onset usually occurs over the age of 40. It is believed to be genetic, though no specific gene defect has yet to be identified that causes the condition. However if your parents suffer from essential tremor, there is more than a 50% likelihood that you will as well.

Parkinsonian Tremors – Are those tremors associated with and are often, but not always a precursor to, Parkinson’s Disease. The Parkinsonian tremor is a resting tremor. It is the result of damage to the parts of the brain that control movement. Parkinsonian shakes typically effect the hands, feet, legs, and can also effect the face, chin and lips. Emotional stress increases Parkinsonian shakes.

Cerebellar Tremor – Are shakes that occur upon a targeted movement, such as when reaching ones arm out to press a button. Cerebellar shakes are the result of lesions to the brain. The brain damage to the centers that coordinate body movement is due to congenital defect, disease conditions such as multiple sclerosis, or trauma such as from head injury or stroke.

There are literally dozens of other types of shakes with different causes. Again only a neurologist can properly evaluate the cause for your shaking disorder and recommend treatment options.

Regardless of the cause there is no cure for body shakes. However most of the time involuntary shaking can be controlled to varying degrees. For instance treating the underlying cause can control physiological tremors. For the various types of neurological tremors there are many medications available that can reduce the shakes. Different families of drugs are used to treat the different types of tremors. Your doctor will prescribe the best one for you based on your diagnosis. In addition to medications lifestyle changes will be recommended and are often effective in reducing the shakes. Lifestyle changes can include:Finally in some cases of severe shaking there are surgical interventions available that can often curb the severity of the symptoms. These range from finding and excising the areas of the brain responsible for the shakes, to newer techniques that include the implantation of Deep Brain Stimulation devices. Your medical professional can discuss all surgical options that may be applicable to your particular case.

What Causes Worms and How are they Treated?
Share Your Story, Join the Discussion or Seek Advice..
I had a pulmonary cardiac arrest a year ago and now my hands shake, I can't button my shirt, its difficult to open my phone and no one is able to help me so far. I was wondering if anyone has had or heard of this??
jeff - 16-Oct-13 @ 12:43 AM
Title:
(never shown)
Firstname:
(never shown)
Surname:
(never shown)
Email:
(never shown)
Nickname:
(shown)
Comment:
Validate: