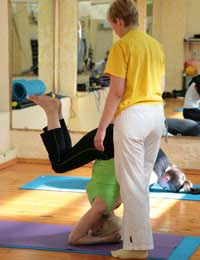 Pregnancy can also cause thread veins, not only because of the hormonal changes brought on by pregnancy, but the additional weight and pressure that is put on the legs. So too can obesity lead to thread veins.

Thread veins are most common in the legs, but they do appear in other places. The next most common place for thread veins to make their unsightly appearance is unfortunately the face. When thread veins do appear on the face, they are most likely the result of a condition called Rosacea. Rosacea is a quite common condition among the UK population affecting 1 in 10 women between the ages of 30-50. Those with fair skin and those who are prone to blushing easily are more likely to have Rosacea.

While thread veins rarely are cause for medical concern, from a cosmetic stand point they can be embarrassing. Thread veins can be prevalent on women as young as in their mid 20’s. Some of these women are of the mistaken impression that they can cover up thread veins by getting a deep tan while sunbathing- but don’t! Sun exposure can actually make thread veins more apparent. There are currently two highly effective treatments for thread veins.

Sclerotherapy – Sclerotherapy has been the accepted practice for removing unwanted thread and spider veins for years. A doctor injects an irritant directly into the offending vein, which cause its wall to collapse and the vein to disappear.

Laser Treatments – A newer technique for treating spider veins is the use of lasers such as pulsed lasers, also called Endovenous Laser Treatment (EVLT). EVLT is highly effective in treating thread varicose veins, but it is a relatively new procedure and not practiced in all parts of the UK.

As with most skin disorders, the best treatment for thread veins is trying to avoid getting them. You can minimize the risk of developing thread varicose veins by:

Infected Nails
Share Your Story, Join the Discussion or Seek Advice..
A number of non-medical clinics now off the removal of these. I'm sure it's probably safe, but personally I'd be very reluctant to let someone without a medical qualification do it. Dopes anyone have experience of this (her it's done by a "wellness" clinic that's really complementary medicine), and if so, how has it worked? Has it been successful and with no other issues involved? Also, how much did it cost, as that has to be a factor, too.
Helen - 2-Jul-12 @ 12:42 PM
Title:
(never shown)
Firstname:
(never shown)
Surname:
(never shown)
Email:
(never shown)
Nickname:
(shown)
Comment:
Validate: