Home > Face & Head > Unsightly Warts on the Face and Neck 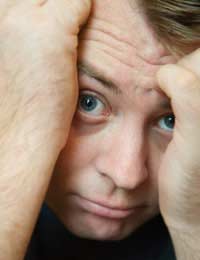 Warts can generally appear anywhere on the body and most can be hidden or disguised, but for some people they can develop on the face or neck area which can cause considerable embarrassment especially if there is more than one or they are very large and unsightly.

Warts are caused by the human papilloma virus or HPV. This is a common form of Infection caused by a virus and in this instance causes small normally harmless tumours to develop. These growths can be the same colour as the person’s normal skin or may grow to be very dark and noticeable. They can be small and flat or grow in a cluster that resembles a cauliflower.

Many people will suffer from the odd wart or two in their lifetime and most of these will simply disappear as quickly as they appeared, but for others they can remain in situ for a long time even permanently which can be a source of embarrassment if they appear on the face or upper neck area.

As warts are caused by a virus they can easily be transmitted from person to person either from direct contact or contact from contaminated towels or clothes. It is important to try and protect yourself from a known carrier of the virus but try not to become too anxious as this can develop and cause some people to become so frightened of ‘catching’ warts that they avoid all contact with people as much as possible and this can lead into mental health issues.

The most common types of warts that appear on the face or neck are the ‘verruca plana’ or the ‘digitate wart’.The verruca plana is typically a small smooth surfaced and fairly wart which does not discolour too much and in many people may not be noticeable until they are seen close-up.

The digitate wart however is the more commonly seen thread-like wart that appears as a small cluster that grows outwards from the surface of the skin. They are typically referred to as ‘skin tags’ and can grow on the eyelids making it quite uncomfortable for the sufferer.

There are many types of treatment available to try and remove warts; some are successful for some people whilst others may not be.

Available in many forms on both prescription or from a supermarket or chemist (depending on the strength) are a variety of chemical based products. These generally aim to remove the layers of skin cells that make up the wart. These usually require the user to follow a strict regime of application and may not eradicate the wart entirely allowing for the possibility of re-growth. As many of these products contain acids they must be used very carefully on the facial area so that they do not destroy healthy skin cells around the wart. In the case of warts on or near the eyes, these preparations will probably not be suitable.

Another way of treating warts is using cryotherapy which aims to freeze the wart following which it cannot grow and will eventually fall off.

It is also possible that the warts can be cauterised using heat sources which aim to destroy the blood supply to the area and remove the wart. In some instances however the deeper layers affected by the virus may permit re-growth.

Scientists are also developing treatments that aim to boost the person’s immunity and make them resistant to the virus meaning that the warts will not be able to develop as the person becomes more immune.

If you are concerned about warts and wish to seek a treatment for warts on your face and neck, please speak to your doctor as this area will often need treating more carefully than warts in other areas due to the need for a good cosmetic result following their removal.

Where possible avoid direct contact with a known sufferer of warts especially during a flare-up or when you know your immunity is decreased. Your skin care regime should be regular and avoid sharing skin care products and face cloths etc to prevent the spread of warts.

Facial warts are fairly common and are caused by a viral strain. Warts on the face should be assessed and treated by a specialist in many to try and prevent any scarring or disfigurement after they have been removed.

Types of Skin Scars
Share Your Story, Join the Discussion or Seek Advice..
Ihello I have face warts many years and Neck ,pls help
Serena - 20-Sep-18 @ 12:46 AM
@charlie. You need to get these looked at by your GP. He/She will then be able to tell you about the options available toyou.
EmbarrassingIssues - 14-Apr-15 @ 2:25 PM
Hello, i havr has facial warts for many years now (im 25) but whilst pregnant with my second daughter they have become much worse i now have them on side of face and on my cheeks i was told they usually dissappear within 12 months of having a baby but 2 years on there still there. Please help.
charlie - 12-Apr-15 @ 8:26 PM
Title:
(never shown)
Firstname:
(never shown)
Surname:
(never shown)
Email:
(never shown)
Nickname:
(shown)
Comment:
Validate: