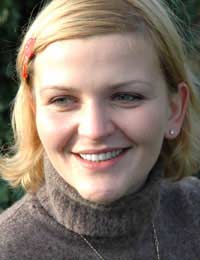 Everyone is familiar with scars. It is hardly possible to go through childhood without a minor scar or two to show for it. Scars are part of the healing process. Scars are fibrous tissue that replace skin or other tissue after an injury. For the purpose of this article we will be focusing on skin scars. However scar tissue does replace other types of tissue. For example, after a heart attack, there could be scar tissue formed on the muscle of the heart to replace the damage of the attack, making the heart more susceptible to heart disease.

The word scar comes from the Greek word for fireplace, eschara, probably because scarring of the skin is most often associated with burns, or other “places of fire” Most of us carry scars as minor memories of minor injuries. Yet for some who have to deal with extensive skin scarring due to burns, surgeries, or skin conditions that leave deep lesions such as some types of acne, scars can be a cause for embarrassment and more lasting emotional if not physical pain.

How do Skin Scars Form?

The reason scars of the skin become noticeable to varying degrees is largely due to the fact that scar tissue is not identical to the skin it replaces. It is inferior to original skin tissue in form and functionality. Scar tissue does not carry the degree of melanin that normal skin tissue does so its pigment is different. This lack of pigmentation means that skin scars are also less resistant to ultraviolet radiation, so sun makes them more noticeable. Scar tissue also does not grow back with sweat glands or hair follicles intact, which also makes a patch of scar tissue more distinct from its surrounding normal skin. Skin scars will result when any injury to the skin occurs that is beyond its superficial layers to the deeper layers of the dermis. The deeper the penetration into the dermal lawyer the thicker the scar will be.

Scars may take on the shape and the characteristics of the original injury that caused them. Scars form differently depending on the part of the body injured, and the age of the person upon which it was inflicted. Even a relatively minor wound will likely leave a scar in an elderly person. Whereas deep wounds in children may sometimes heal leaving little or no scars. A scar does not form until a wound is completely healed. The red marks left behind by injuries are not scars, even though they may take months, or in some rare instances years to fade.

While it is normal for scars to form as the result of injury, there are two types of skin scars that can be considered abnormal, or more likely to leave embarrassing skin scars.Both are the result of the body producing too much collagen when forming the scar tissue, so that the scar appears to be thicker or raised beyond the skin surrounding it.

Hypertrophic Skin Scars – Hypertrophic skin scars are the less serious of the two. The hypertrophic scar will appear raised and red above the skin, however it will not grow beyond the site or shape of the original injury.

Keloid Skin Scars – Keloid skin scars on the other hand are more serious. A keloid scar seems to take on a life of its own, growing beyond the area of the original insult. In this respect a keloid skin scar is somewhat like a tumor, however they are benign growths.

Reducing the Appearance of Skin Scars

Though no scar despite it’s cause or origin can be completely eliminated, there are quite a few techniques and technologies available today to the cosmetic surgeon to significantly reduce the appearance of scarring and skin scars. While it may sound a bit like treating “fire with fire”, surgery is a common practice for reducing the appearance of skin scars. Skin grafts and many other cosmetic surgery techniques such as dermabrasion are commonly practiced by skilled plastic surgeons to reduce the appearance of skin scars. Acne skin scars can be treated surgically by a process called, scar revision, where the “pock scar” is literally cut out and stitched up in such a way that leaves little or no new scarring.

There was a time when certain scars were worn as a badge of honor such as the Heidelberg Dueling Scar. Over the years the very word “scar” has taken on the connotation of something you have to live with the rest of your life, however even the most severe skin scars can now be drastically reduced thanks to advances in medicine.

Stained Teeth
Share Your Story, Join the Discussion or Seek Advice..
Hi I need advice on a scar I have on the left hand side of my hand some while ago I accidently cut it on glass and there is a scar there, was wondering what I can do to get rid of it? Thanks Rob
Welshman1981 - 19-Oct-16 @ 10:50 PM
Title:
(never shown)
Firstname:
(never shown)
Surname:
(never shown)
Email:
(never shown)
Nickname:
(shown)
Comment:
Validate: