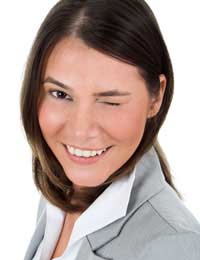 Twitches also known as nervous tics are involuntary movements that usually occur in a person’s face arms or shoulders. The twitches usually do not last very long. They seem to serve no useful or actual purpose. Nervous twitches can be repetitive in nature, such as continuous eye blinking. Typical twitches would involve the corners of the mouth, the corner of an eye or eyes, the entire head, arms or shoulders.

Often twitches can be caused by some kind of damage to the nervous system, either congenital or from trauma or disease. However other twitches can be caused by underlying physical or even psychological conditions, such as Tourettes syndrome. In a person with Tourettes syndrome uncontrollable tics or twitches are often seen, which are worsened when the person suffering from Tourettes is under stress. Similarly, repetitive motions such as tics and twitches of the hands and face can accompany other conditions such as Autism and Asperger’s Syndrome. There are twitches that can be caused by unknown psychological or emotional problems, and then there are the twitches that have simple physiological causes such as too much caffeine or a reaction to certain medications.

Most nervous tics are in no way life threatening or indicative of serious illness, however if the twitches are interfering with your ability to lead an active and happy life, than a plan of treatment should be sought from a medical professional. There are certain disease states that have twitches as a symptom such as Parkinson’s Disease or Huntington's chorea, but these condition have much more obvious symptoms than twitching, and would likely be suspected for reasons other than mere twitching. Heavy metal poisoning such as from lead or mercury exposure can cause nerve damage and result in twitching. A person exhibiting twitching with no other apparent physical or psychological cause will likely be tested for heavy metal poisoning.

A twitch is an involuntary muscle movement caused by the firings of an overwrought nervous system. The person experiencing it can always feel a twitch. A person with the twitch will feel the twitching or jittering sensation, but the twitch itself may be so slight as to be imperceptible to others. This often happens in the case of eye twitches from simple eyestrain or too much caffeine. Many people experience twitches of several different muscles after vigorous exercise, or just prior to falling asleep.

Of course the treatment for twitches depends on diagnosing their cause. If an underlying physical reason for the twitches can be found, and that cause is treatable, the twitches will so vanish with the apropos treatment. Twitches that are the result of stress, strain or fatigue can be made to disappear on their own with a few lifestyle changes.Medications and behavior modification can be helpful in lessening the twitches and tics that come with Tourettes or Asperger’s.

For tics and twitches that can not be directly linked to any physical or neurological cause, stress and diet can often be the culprit. Several dietary changes and nutritional supplements have been suggested that can help control tics and twitches. These include:

Alternative and complimentary medical practices that have been proven for stress reduction can also have a positive effect in reducing certain nervous twitches. Such as:

Stained Teeth
Share Your Story, Join the Discussion or Seek Advice..
[Add a Comment]
i've go th twitches i dont know howi get done my parents stress and the call it fliking
quinny - 29-May-13 @ 10:47 PM
SINCE I WAS IN A TRUCK WRECK BACK IN 2009 I HAVE NOTICED SOME TWITCHING. I THINK ITS FROM A BIKE WENT THROUGH THE BACK GLASS AND HIT ME IN THE BACK OF THE NECK AND HEAD.. BUT JUST RECENTLY I HAVE BEEN TWITCHING MORE AND MORE UNCONTROABLEY BUT NOW ITS TO THE POINT WERE ITS MAKEING MY HEAD GO NUMB IN SOME AREAS AND SHARP PAINS THROUGH OUT MY SHOULDER AND HEAD AND NECK.. IS THERE ANY WAYS YOU CAN TELL ME WHAT IT IS
RAE RAE - 13-Aug-12 @ 7:23 AM
Hi, For the past year or so, I have had involuntary twitching, but they have got worse over the past few months. I also have a "Grunt". It seems to other members of my family, that I may be holding my breath, which of course I am not. The twitching in my arms has got so much worse, so that if I am drinking something, I may have to change my top clothing a few times. My arm just jumps whereby the contents of my mug will spill over me. It has left me very worried at this stage, and has also left me, that I prefer to stay at home, because it is too embarrassing to go out socially. Please help, and give me some opinion of what you may think I should do. I forgot to mention that I have a CAT scan and an appointment with a Neurologist pending in the next few weeks. Many thanks for your time.
Brigie - 26-Apr-11 @ 5:44 AM
My story is much the same (my 'nervous habits' began as a child and I'm now 64) - often not hugely significant twitches but nevertheless embarrassing.This is going to sound very strange, but I've recently discovered that lack of sugar seems to make the twitches worse!If I'm on a diet or otherwise deprive myself of refined sugar and then eat chocolate, the twitches lessen.Like you, I'd love to find a more scientific way to stop the compulsive twitching for ever.
Jean Gunning - 2-Apr-11 @ 1:34 PM
I have suffered from nervous twitches since I was a very small child and am now in my 60's. They have moved around my body and sometimes all appear at once. At the moment, the worst one I've ever had is in my neck/shoulders and causes a lot of pain and discomfort. I am an intelligent woman and have tried various therapies but now wonder if I will ever feel at peace with my body. I am now trying to give up alcohol as I think my problem might be related to withdrawal symptoms of certain foods and drinks. Please help.
Desperate - 22-Mar-11 @ 9:40 PM
Title:
(never shown)
Firstname:
(never shown)
Surname:
(never shown)
Email:
(never shown)
Nickname:
(shown)
Comment:
Validate: