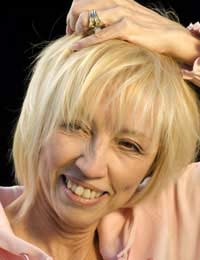 Though most usually associated with children head lice can be an itchy and embarrassing problem for adults as well as kids. The head louse (Pediculus capitis ) is a parasitic insect exclusively adapted to living not only on humans , but on the head of humans. Their thin 6-legged bodies are specialized for grasping onto slender hair shafts. Head lice have plagued mankind probably for as long as we have been around. Evidence of head lice has been found among pre-historic mummies.

Despite the notion that head lice are the result of poor hygiene or decrepit living conditions, the little bugs actually are equal opportunity offenders, they know no socioeconomic boundaries. Head lice are gotten by direct head to head contact with an infested persons hair. Less commonly head less can be acquired if one shares a comb, hat, towel or other hair accessory with an infected person. Since head lice cannot jump or fly, the only way to transfer them from one person or another is through this type of contact.

Certainly head lice can cause an itchy scalp. Scratching the itch can cause open sores on the scalp, which can become infected. So in that respect head lice can be harmful. The thought of bugs crawling about ones hair is also decidedly unpleasant. But head lice themselves do not present any kind of health hazard. Unlike their cousin’s body lice, head lice do not carry nor transmit any diseases. However because they are often confused with body lice, which have been responsible for transmission of many plagues such as typhus throughout the years, especially during the early 19th century, head lice are perceived as a threat to public health. They are not. Some people can develop an allergic reaction to the salvia and other waste products of the head lice, but other than that they are really not much more than an annoyance. Still head lice are an annoyance that can and should be eliminated.

Medical professionals advise that only active and confirmed infestations of head lice require treatment. Doctors point out that even trained medical professionals sometime have difficulty distinguishing actual head lice from other anomalies of the scalp such as dandruff or aphids or other insects merely blown in to the hair from trees. Only under proper magnification can active living lice and viable eggs be identified. An itchy scalp alone is not reason enough to treat for head lice. Once an active infestation is confirmed several treatments are available. Shaving the head is the most traditional albeit the most radical or treatment for head lice. But it works. Head lice thrive in the warmth of the hair follicles, without hair to maintain their body temperatures they soon die. But since going bald offers its own social difficulties especially for young girls, there are other treatment options such as:

Mechanical Removal – This refers to methods of physically removing the lice and their eggs from the hair. This is best accomplished with the use of a fine comb or louse comb. A recent study has shown that using such a comb once or twice a week can remove a louse infestation, and prevent one from starting. A cold shower is recommended before combing to remove the insects as the cold water slows them down and makes for easier removal.

Chemical Removal - Involves killing the head lice with the use of shampoos or other topical applications containing insecticides. These insecticides are usually:

Pregnant women are advised against using chemical methods to treat head lice. Also it is important that the household of an infected person be treated. Treat the household by: