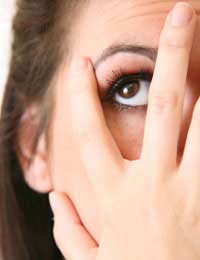 Many if not most women experience vaginal discharge which can be easily dealt with through normal personal hygiene. When this discharge is accompanied by an odour, however, it can become very embarrassing. Odours which accompany vaginal discharge may be described as "fishy" or "foul" and there can be several different causes. Treatment will depend upon the underlying cause, and during treatment there may be many options for masking odours so that women do not need to feel self-conscious about their symptoms.

Causes of Vaginal Discharge and Odour

The vagina is a self-cleaning organ. That is, it naturally produces secretions to cleanse itself and regulate its pH balance. It has been estimated that about 3g of mucus are secreted by a healthy vagina each day, though each woman will have different averages and the amount may change during different stages in her menstrual cycle. Healthy secretions tend to result in a discharge that is white or clear, though may become a little yellow when it comes in contact with air, and has little odour or a very mild soapy smell. The presence of a strong odour with vaginal discharge is often an indication of a bacterial infection, a sexually transmitted infection such as trichomoniasis or gonorrhea, or a tampon or foreign object which has become 'lost' internally.

Treating vaginal discharge accompanied by an odour means treating the underlying cause of the discharge and odour. Diagnosing the cause will usually involve a GP collecting a sample of the discharge and sending it for microscopic analysis. Bacterial infections including sexually transmitted infections like trichomoniasis are treatable with antibiotics, specifically metronidazole. Gonorrhea is also treatable with antibiotics but laboratory tests to determine a sample's response to a given antibiotic will help decide which prescription should be written. This is because resistance can be present in gonorrhea so it may not respond to all possible antibiotics. Discharge and odour which result from a "lost" tampon or foreign object may well clear up after the object is safely removed from the vagina. If it does not resolve itself within a few days, or if other symptoms such as pain, itching or discharge that is abnormal in colour and/or appearance as well as smell become present, then a GP should be consulted as soon as possible.

There are many options for women who would like to mask a strong smell while treating abnormal vaginal discharge with odour. Cotton underwear allows a woman's delicate skin to breath, and also allows moisture to more effectively evaporate. The same goes for clothing made of natural, rather than synthetic, fibres such as cotton and linen. Switching to unscented soap for the duration of treatment, or longer, may also help because the scent may irritate sensitive skin and even more discharge may be produced as the vagina attempts to deal with this irritation. Wearing panty liners can also help deal with unpleasant odours as these liners collect discharge and can be discarded and replaced easily throughout the day. These liners should also be unscented. Some women may also find that using wet, unscented toilet wipes can help them feel more fresh following a trip to the bathroom and allow them to go for longer before having to worry about an accumulation of discharge and any accompanying odour.