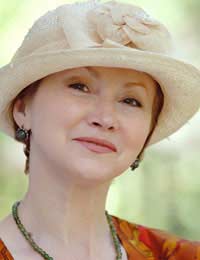 Hot Flushes are one of the most dreaded side effects of menopause. The hot flush as the name implies is the sudden onset of a feeling of intense heat. It can occur over the entire body, but is most commonly situated in the head, face, or neck. The hot flush is often accompanied by a reddening of the skin and excessive sweating. The flush can last seconds or several minutes. How many hot flushes the average woman experiences during menopause varies greatly. Some women report only several hot flushes a month. Others have the unfortunate experience of going through them several times a day. Hot flushes also more commonly occur at night, which is why they are alternatively referred to as night sweats. It is not uncommon for a woman experiencing night sweats to awake with nightgown or bedclothes drenched in sweat.

Hot flushes do not occur immediately with the onset of menopause. Some women may start to have them before the time of their last period. And for others they continue for years beyond the end of menstruation.

Why do Hot Flushes Accompany Menopause?
It is not exactly known why menopause brings on hot flushes, suffice to say that they are hormonally related. Some believe that since the centres of the brain that regulate body temperature are somewhat reliant on oestrogen, the changes in the level of this hormone that occur during menopause lead to the hot flushes. Hot flushes can be triggered by any change in the environment such as changes in temperature, emotional stress, even eating certain foods or they can come about for seemingly no reason at all. Hot flushes do not present any real medical danger. Sometimes in severe cases the reddening of the face that occurs can cause rosacea, but this is rather rare. Night sweats can cause difficulty sleeping, which can obviously effect mood, concentration, and a woman's energy level.

Do Hot Flushes Only Occur in Menopausal Woman?
No, hot flushes can and do occur in younger women, usually in the week just leading up to your period. They may also occur during menstruation. This is normal. If a young woman experiences frequent hot flushes outside of the time of her menstrual cycle, she should see her doctor, as this could be a sign of a pituitary problem or other hormonal imbalance.

Treatment for Hot Flushes
Many women accept infrequent hot flushes as part of The Change, and just deal with them until they run their course. However if you are one of the thousands of women who suffer form frequent or severe hot flushes there are treatments available.

Hormone Replacement Therapy (HRT) - HRT has been shown to help ease many of the symptoms of menopause including hot flushes. However since recent studies have shown that HRT also increases the risk of Breast Cancer and Cardiovascular Disease, it is recommended that women try alternative methods first, and turn to HRT only as a last resort.

Alternative methods include dietary supplements and behavioural changes. Dietary supplements containing yam extracts, black cohosh, and evening primrose have been shown to be an effective substitute for oestrogen. Dietary changes such as avoiding caffeinated beverages and spicy foods, and limiting alcohol can help manage hot flushes. Behaviour modification training such as deep breathing exercises and yoga have been effective for some women, as have other alternative medicine practices such as acupuncture and Chi-gong.