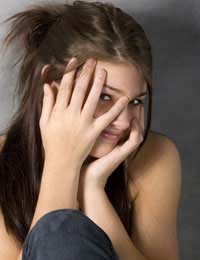 For the many people suffering from excessive wind, flatulence is no laughing matter. Wind is a normal bodily function. Even excessive wind is unlikely to be indicative of any serious pathological issue, and can usually be corrected through dietary changes. In truth since excessive wind can be caused by a diet high in roughage and fiber excessive flatus could be a sign that your intestines are functioning properly and that indeed you are the pillar of heath! Still no matter the cause excessive wind can be quite embarrassing.

Intestinal gas (wind) is a combination of gases we take in from the outside while eating or drinking, and gases produced during the digestive process. Any foods not completely digested can give rise to gas. Foods that are commonly associated with excess wind are high in polysaccharides and dietary fiber. The cruciferous vegetables, broccoli, cauliflower, and cabbage have often been cited as causing excess wind, as well as adding certain pungency to it. The infamous reputation of the baked bean is also true. The carbohydrates in beans are particularly difficult to digest by the stomachs of humans. Beans pass into the large intestines largely undigested where the bacteria present in the intestines have a field day, feeding on them and producing prodigious amounts of gas. Vibrations of the anal sphincter cause the noises that accompany wind upon its expulsion. Breaking wind can be involuntary and accompany a cough or a sneeze, some people break wind in their sleep, and others retain remarkable voluntary control over the passing of wind.

It is hard to determine what is normal and what is an abnormal amount of wind. But certainly if you feel that your problem with wind is keeping you from functioning in polite society, than you may be suffering from excessive flatus. Certainly if your symptoms of excessive wind are accompanied by other gastrointestinal symptoms such as pain, cramping, bloating diarrhoea, or constipation, you should consult a physician. Almost every cause of excess wind is dietary, however there can be some underlying medical causes including:

However if excessive wind is due to an underlying pathological condition it will likely be accompanied by other symptoms.

How Diet Can Affect Wind

As stated before diet is almost assuredly the reason for your excessive wind, and simple changes in diet can usually help curb the problem. The first suggestion healthcare professionals make is to cut back on foods high in lactose. If this is unsuccessful they suggest progressively cutting back on or eliminating other foods known to cause flatulence. High gas producing foods include:

If excessive wind continues after that try eliminating fructose and complex starches.

If dietary changes have failed to significantly reduce your wind problem, and any underlying pathological cause has been eliminated there are some methods that can help. Supplemental digestive enzymes taken before ingesting gassy foods which help break down the complex sugars have been shown to be effective. Other treatments include:Natural methods other then dietary changes to reduce wind include increasing the intake of acidic liquids prior to meals such as vinegar and lemon juice. The dietary supplement bromelain – an extract of pineapples – has been shown to reduce gas and excess wind.